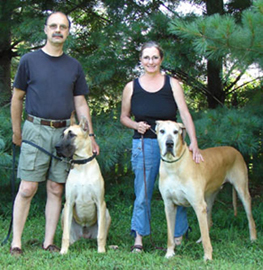 At the University of Illinois, Joe studied engineering and technology; Georgia, marine biology and zoology. In 1975 they moved to the small town of Sparta, Missouri, where they developed their skills in wood and pottery. Joe’s lacquered wood vessels tapped into a rich vein of ancient Chinese craftsmanship and developed his eye for simple, elegant form. Georgia’s sculptured clay work deepened her connection with the endless variety and detail of terrestrial and marine life forms. In 1993, they turned to metal sculpture and found bronze to be the perfect medium for their collaborative work. Since working in bronze is technically more complex than working in wood or clay, they learned new skills in ancient methods: mold making, lost wax casting, metal forming, and patination.

In 2007 they incorporated cast glass with their bronze. In the combination of these materials they found something neither wood nor clay nor bronze alone could capture. Look at the work and it is there: the poise, the equilibrium. Everything is in balance: modern and ancient forms in a glass suspension upon a weighted ground. The simple fragility of life captured in symmetrical and recurrent patterns. The work ultimately reveals a delicate stability, a motion momentarily, almost playfully at rest.

Pozycinski Studios have won awards at the best art festivals in the country, including the Coconut Grove Art Festival, the Winter Park Art Festival in Orlando,  the Cherry Creek Art Festival in Denver and the Rolex Award for excellence in Metal at the Philadelphia Museum of Art Craft Show in 2001 and 2003 and Award for Excellence in Glass 2009.   They have exhibited at the following fine art & craft shows.